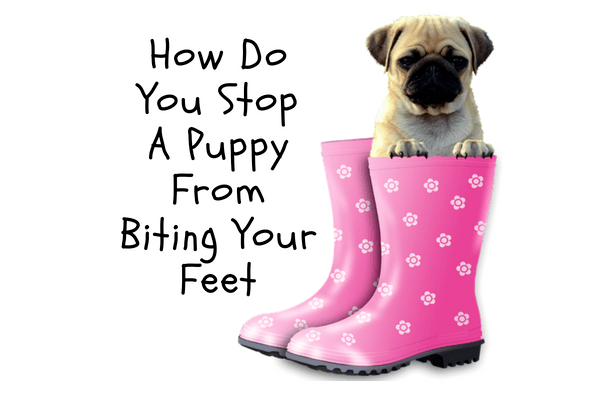 Congratulations on becoming a new parent to an adorable four-legged furball. While it is, without a doubt, the cutest little monster you’ve laid your eyes on, being a parent is not without responsibilities.

A common trait between all breeds of pups, be it an Aussie, Corgi, or Border collie, is that these canines were bred for a specific purpose. Dogs, in the past, took on the responsibility of being farm security or to herd livestock.

Also common is the behavior of biting the owner’s ankles. Initially, the bites may seem cute, but as time goes on, it is annoyingly painful. If you’re wondering how do you stop a puppy from biting your feet, you need first to understand why it does so.

Why Did My Pug Puppy Nip the Ankle?

The prime target of ankle nipping is anyone running around or vigorously at play. Nevertheless, such natural behavior of the puppy must be redirected.

Some traits go deeper than the skin. Certain traits of dog breeds are inherited. Consider the tendency of a Dachshund to dig holes in the ground. While the feat may look futile to you, it is the dachshund’s favorite pastime.

How Do You Stop a Puppy From Biting Your Feet

An easy approach to redirecting the guard dog’s natural tendency to bite the ankles is by encouraging it to tug at the sides. When the pup is conditioned to tug you at the sides, its innate likeliness of attacking the ankles is redirected.

Conditioned reinforcement by redirecting the pup’s attention from biting and chasing makes the pup play with toys more eagerly.

Don’t Be an Enabler

Like human habits, the ones we repeat frequently become ingrained. Puppies gauge the consequence of their behavior through the owner’s reaction. Are you reacting by running away or playfully yelling while it tries to attack your ankles?

If so, the reaction needs to ‘stop’ right away. All you are doing is enabling the pup to get more aggressive with its attacks.

Toys are great resources for enrichment. The primary goal here is to provide the pet with an opportunity to control its life. Herding dogs may simply get bored when they don’t have work to finish. Since these breeds like to chase, play the ball with them.

Playing fetch is not as interesting as rolling the ball. Choose a large ball which the puppy can push around. Something like a yoga ball is a good choice. If the puppy does start to nip at your heels, keep its favorite toy in hand.

When the puppy attacks your ankles, stop moving and wave the toy to get its attention. Once it grabs onto the toy, it’ll automatically let go of the ankle.

All puppies bite. Here is how you train them not to.

They are small but sure have a sting to the bite. It is normal for puppies to bite on a chew toy or gnaw at anything they can fit their mouth around. Human babies bite during teething, and so do all younglings.

Your pup may seem cute when it’s playfully biting your ankles, but it needs to be taught the limitations of bite. The bite pressure increases when he is three months old, and you don’t want to bear the pain of skin puncture.

Training Pups to Be Gentle

Dogs possess the ability to control the pressure of bite, and this capacity is termed bite inhibition. Puppies unaware of human skin’s sensitivity aren’t trained for bite inhibition. These latch onto the skin and do some serious damage.

Dog trainers and behaviorists believe that canines trained on bite inhibitions seldom break the skin even when they bite when they’re in pain or afraid. Bite inhibition is learned when puppies play with other puppies.

A normal play routine for puppies is wrestling, chasing, and biting. When a puppy bites too hard, the victim yelps in pain. The cry of pain stops the offender mid-way to understand the situation. Within no time, the pups are back at play, and the offender ensures that the bites are gentle lest the victim cries in pain again.

Applying the same logic here, when you’re puppy is playing with you and if it bites too hard, yelp out in pain. The startled puppy will temporarily let go of your limbs and stare up at you. Let the limbs fall lose like you’re hurt. Praise the little guy if he stops to lick the wound. You need to teach the puppy that gentle pay time continues, but when it turns painful, it stops.

Is your puppy biting for fun, or is it a temper tantrum?

Puppies sure do throw temper tantrums, especially when they’re told to do something they aren’t fond of. Your puppy can throw a fit if you hold it still or pick him up or when play overexcites them.

To tell if your puppy is throwing a temper tantrum, look at his facial features: does he/she appear relaxed? If yes, then look for signs in the body.

An easy sign of a temper tantrum is a stiff or frozen body. Deal with a temper tantrum by remaining unemotional. Do not yelp and aggravate the assault. At the same time, don’t hurt the little guy. Wait for him to calm down.

You have two choices: contact a behavior specialist or let the incident slip. One tantrum, now and then, is normal. But, when you start to notice frequent bouts, it is best to correct the situation with able assistance.

Nurturing a puppy is as tasking as looking after the needs of a baby.

As new as it is to you, you need to remember that the pup’s perception of the world is a work in progress. He isn’t aware of its limitations and boundaries.

Be easy on yourself and the little furry child. 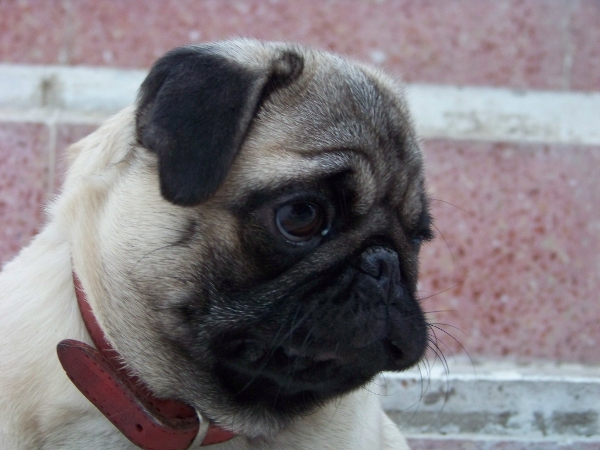 In this article, we’ll explore the various reasons why your pug’s nose may be dry and cracked and provide tips on preventing and treating this condition. If you own a pug, you may have noticed that its nose can sometimes appear dry and cracked. This can be a worrying sight for any pet owner, but… 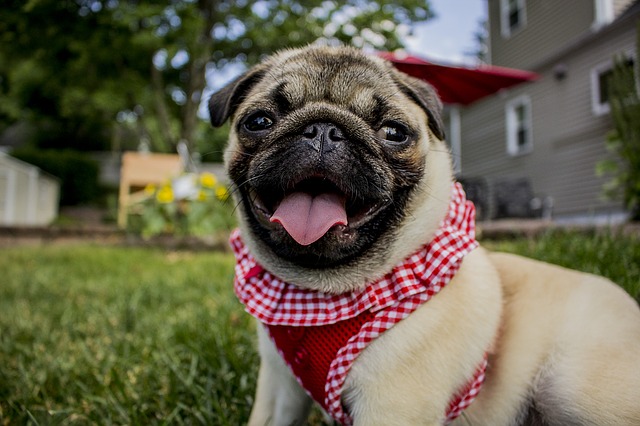 Have you ever heard a pug scream? It’s a bizarre and unsettling experience. But why do pugs scream in the first place? It turns out there are a few reasons why your pug might be screaming. Let’s explore them! Why Do Pugs Scream? Reasons and Solution There’s nothing quite as unsettling as the sudden, high-pitched… 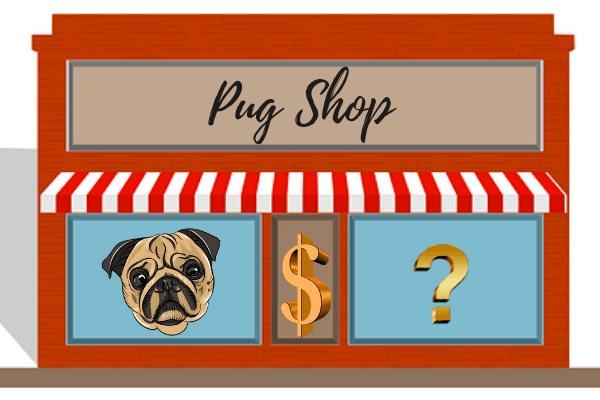 Have you ever taken into consideration how much does baby pugs cost? Maybe you want to include a smiling pug in your family photos. Perhaps you live lonely, staring out at your backyard as you dosed off, imagining how complete your life would be with a pug around. Hearing him bark from the inside as… 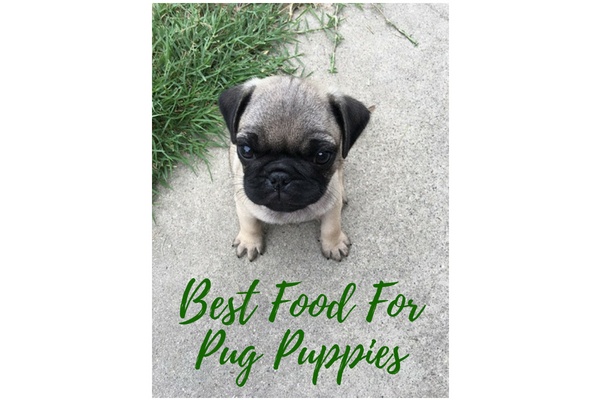 The health of your Pug puppy will be determined and influenced by the type of meals they consume; therefore, it’s essential to choose the best food for Pug puppies. Pugs are entirely different from other dogs. They like sitting around, making them good company for human beings. And they have a great appetite. Besides, they… 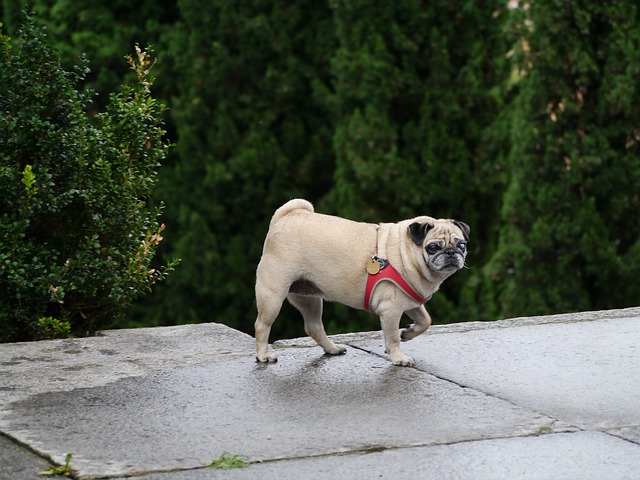 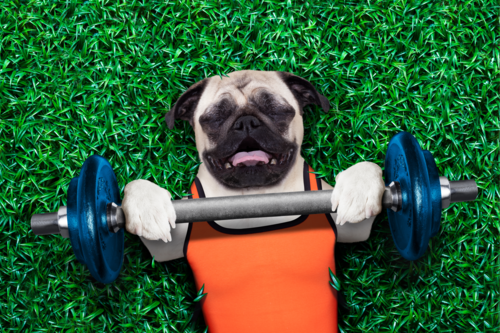 Pugs are one of the most popular dog breeds globally for a good reason: they’re NOT easy to train! But they’re intelligent, motivated, and eager to please their owners. If you’re thinking about getting a pug, here are some tips on training them. Are Pugs Easy to Train? – Pug Training There’s a lot of…